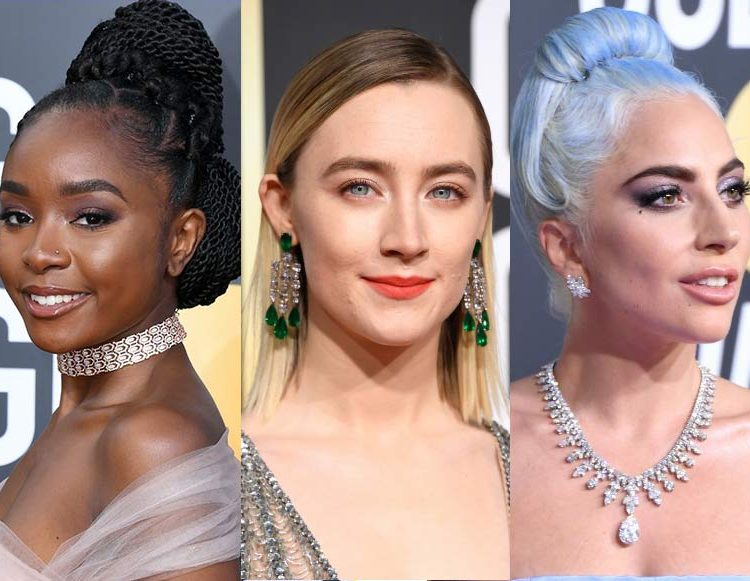 It was a good year for jewelry on the Golden Globes red carpet. After last year’s restraint, with most actresses wearing black, the 2019 awards season opened with lots of color and volume in the gowns and statement jewelry, especially necklaces.

There were a few noticeable jewelry trends that we may see more of as the season continues.  Chokers made a comeback, with KiKi Layne in a Bulgari choker, Yvonne Strahovski in a dimensional fractal diamond blossom choker by Lorraine Schwarz, and Constance Wu in a Messika diamond choker. 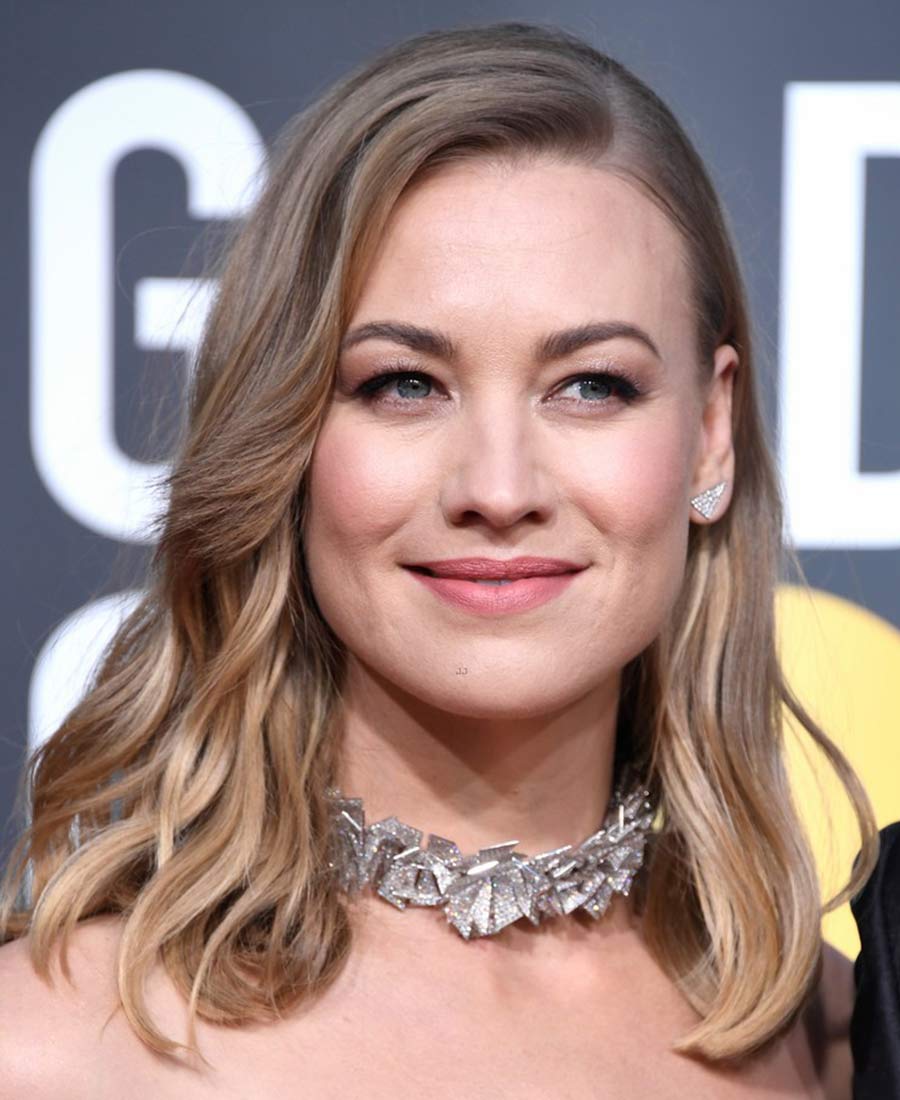 Many of the best statement diamond statement necklaces have a fringed Cleopatra silhouette including Elisabeth Moss in a necklace from Neil Lane, Lady Gaga in Tiffany & Co, and Taraji P Henson in Roberto Coin. 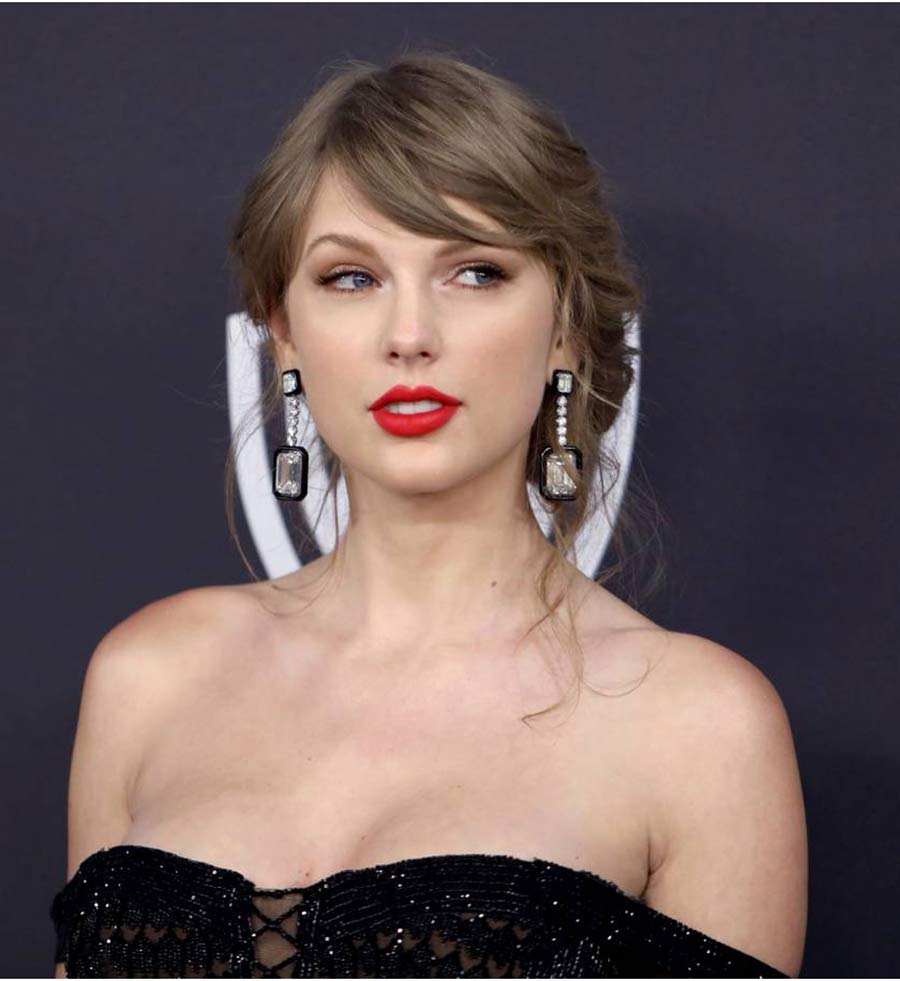 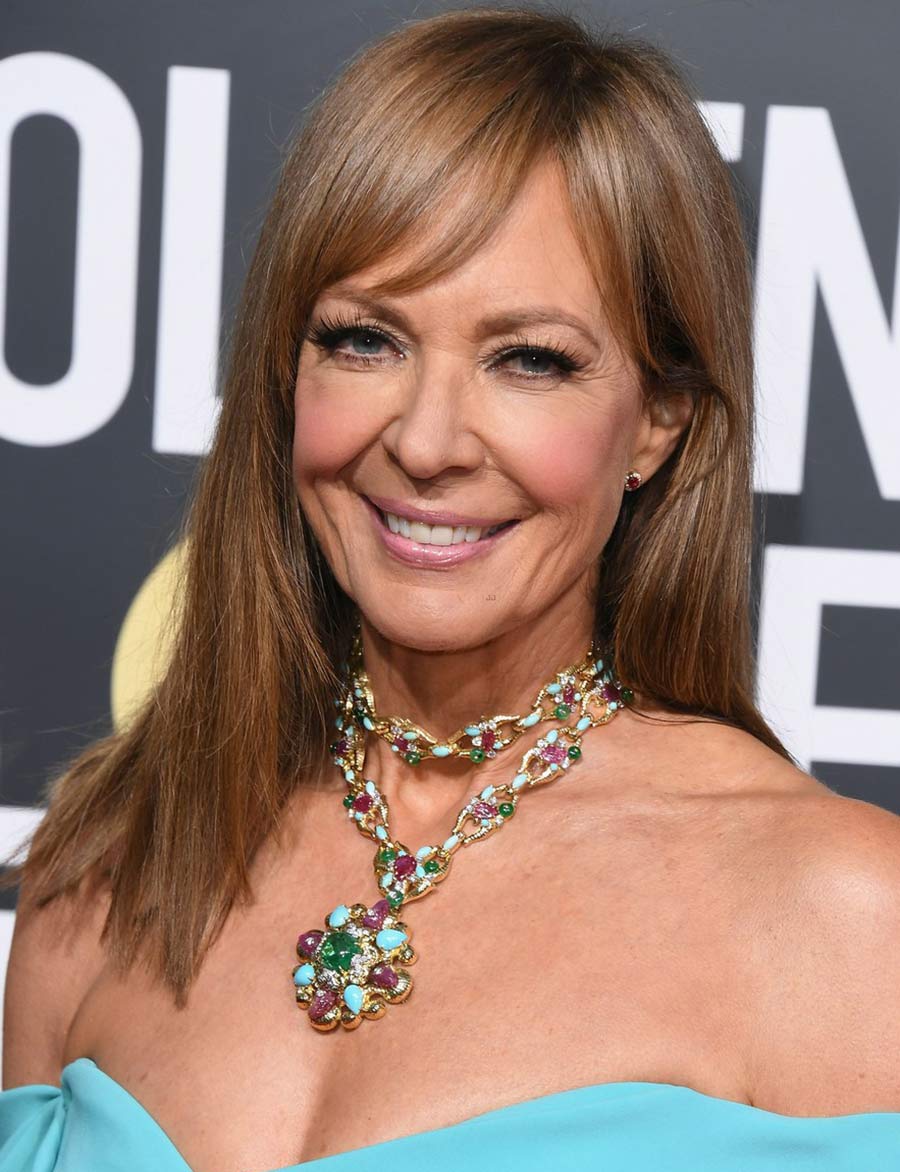 In the most colorful jewelry look of the night Alison Janney paired a turquoise gown with a technicolor statement necklace by David Webb. 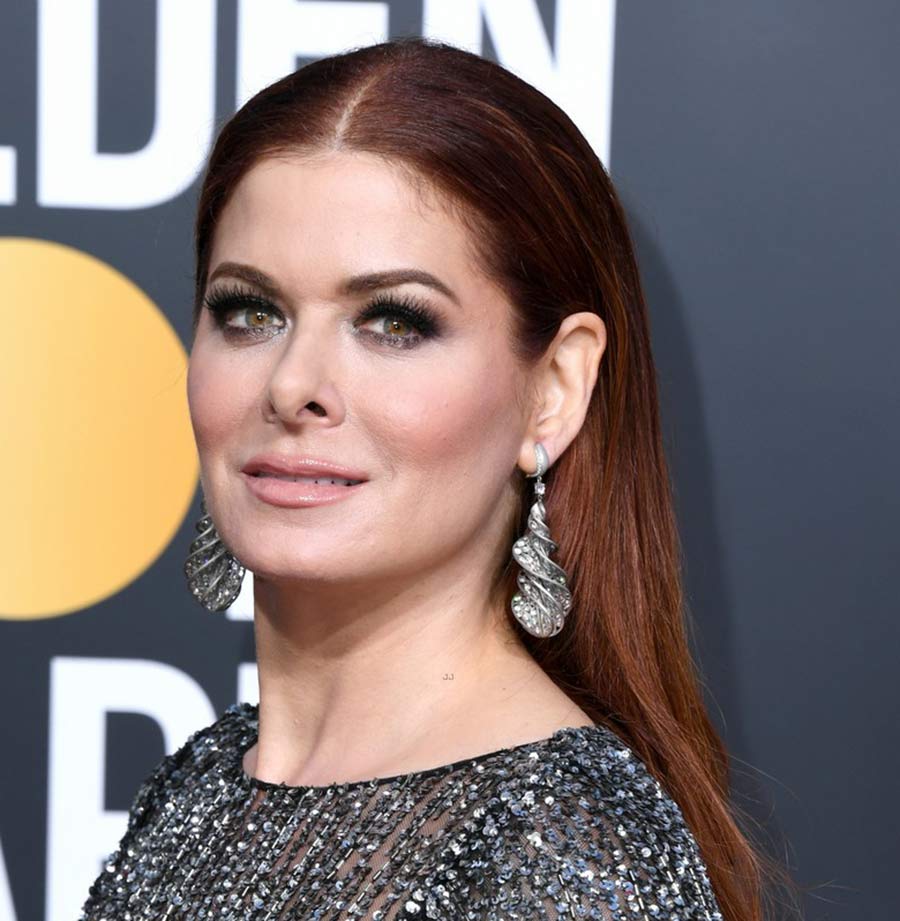 Debra Messing knows jewelry: she’s an avid connoisseur and Instagram commenter who hosted the Gem awards. So it’s not surprising her jewelry at the globes was spectactuar too: swirled dimensional titanium earrings by SABBA jewels. (You might know SABBA from the FD Gallery Instagram account.) 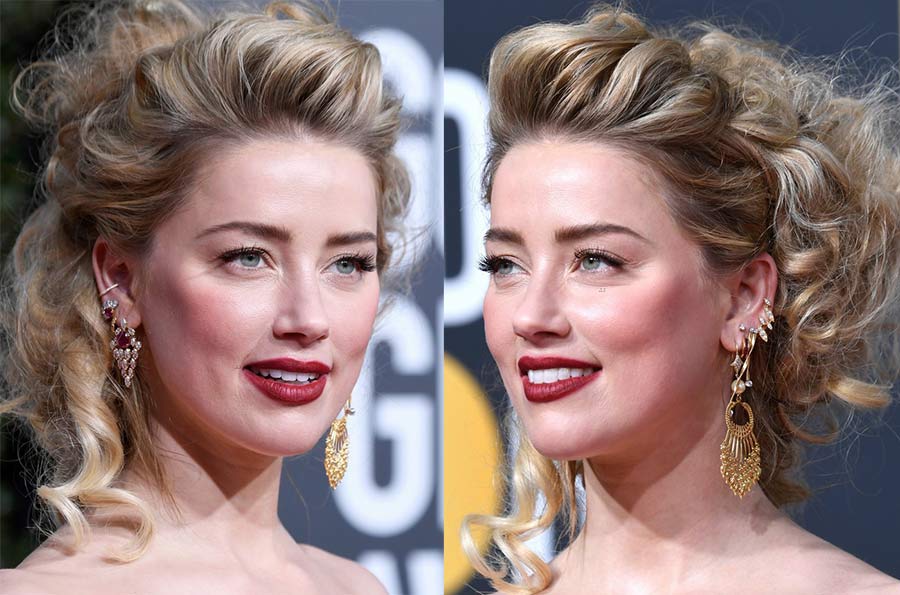 In a show full of sponsored jewelry brand moments, Amber Heard’s jumble of layered earrings by a mix of jewelry designers was refreshing expression of personal taste. 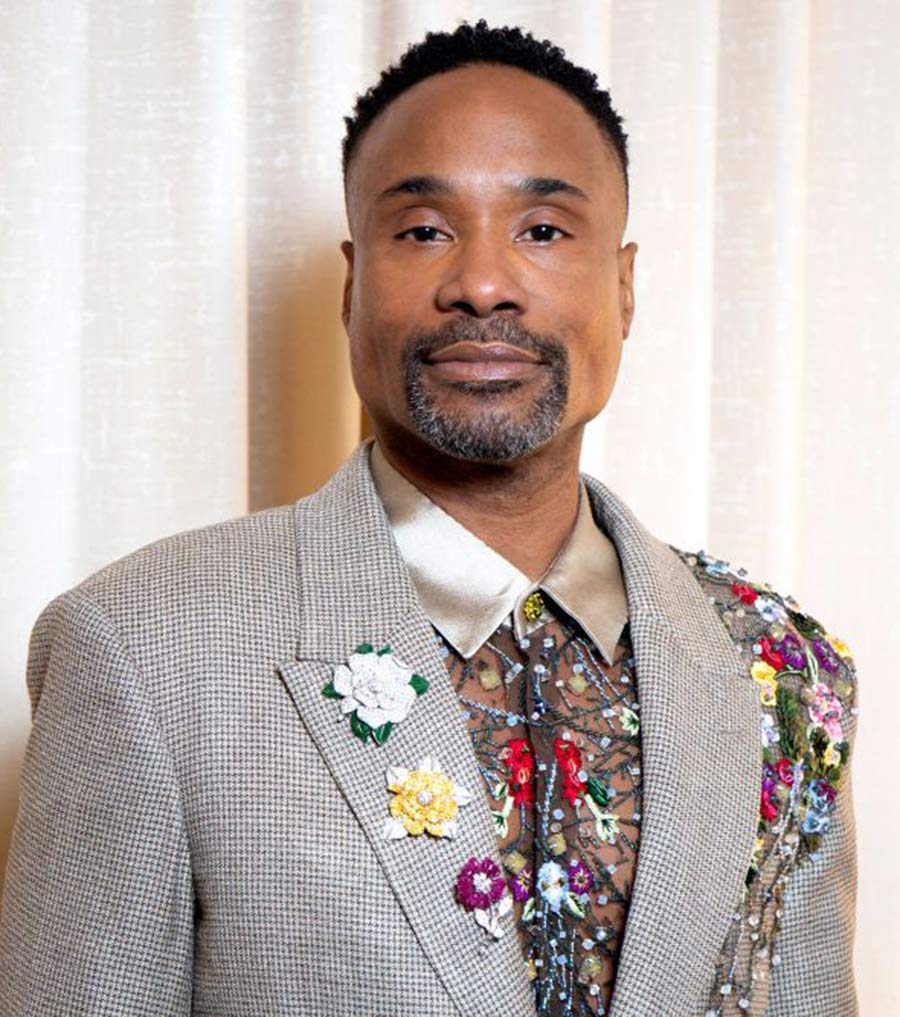 Billy Porter broke the tuxedo mold in embroidered flowers and a pink-lined cape. He had the best male jewelry look of the night with three floral brooches by Oscar Heyman on his lapel that flawlessly completed his ensemble.