Best Jewelry at the 2015 Golden Globes

The competition for best jewelry of the 2015 Golden Globes was almost over before it began. Liev Schreiber posted a photo of his wife Naomi Watts in the car on the way to the red carpet. Around her neck, a stunning diamond Bulgari Serpenti necklace caught the light. Classic, dazzling, a masterpiece of workmanship. Yet modern and fresh: serious jewelry, no doubt, and yet playful enough for the Golden Globes. 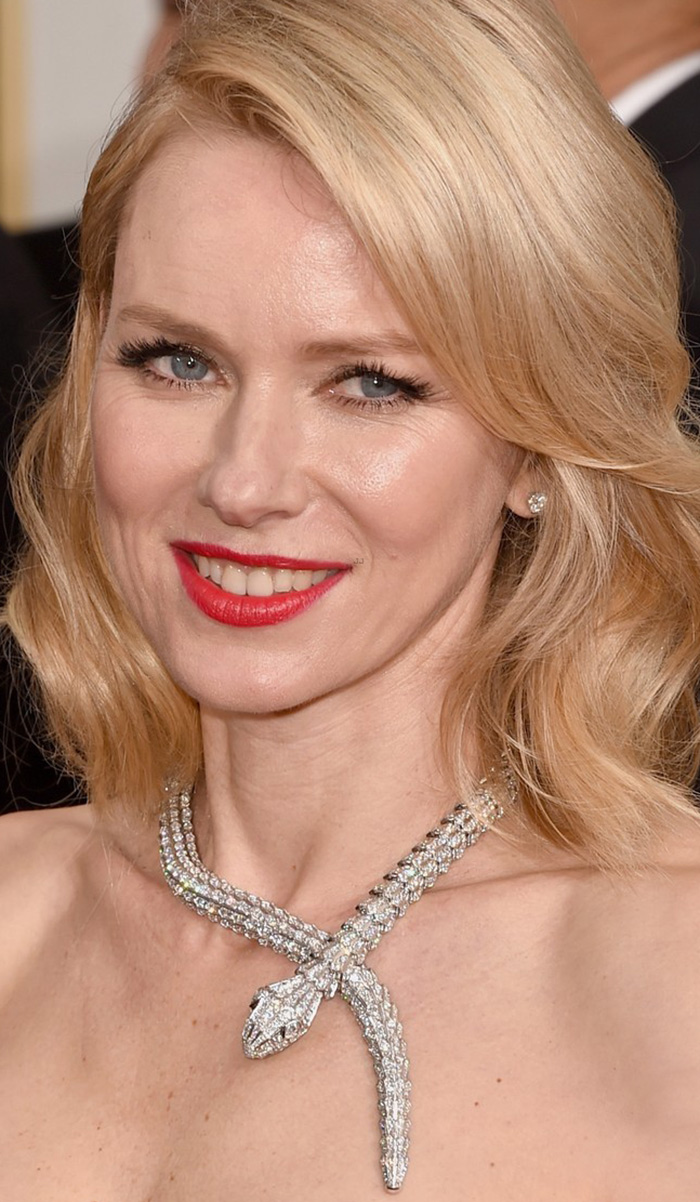 Even better, Naomi played with her necklace on camera, teasing Ryan Seacrest with it. When he asked if it was hard or soft, she told him it wouldn’t bite.  It was the best jewelry moment of the red carpet. #GlobeJewelry game over.

But, suddenly, it wasn’t. Because Emily Blunt surprised us with something unexpectedly awesome. In a night ruled by diamonds in platinum and white gold, she added a touch of breathtaking color to her white Grecian gown with $2 million in jewels by Lorraine Schwartz. Paraiba tourmaline, diamond, and platinum earrings. A bracelet with a 16-carats of Paraiba tourmaline. And platinum and diamond rings. Just. Wow. Take a look. 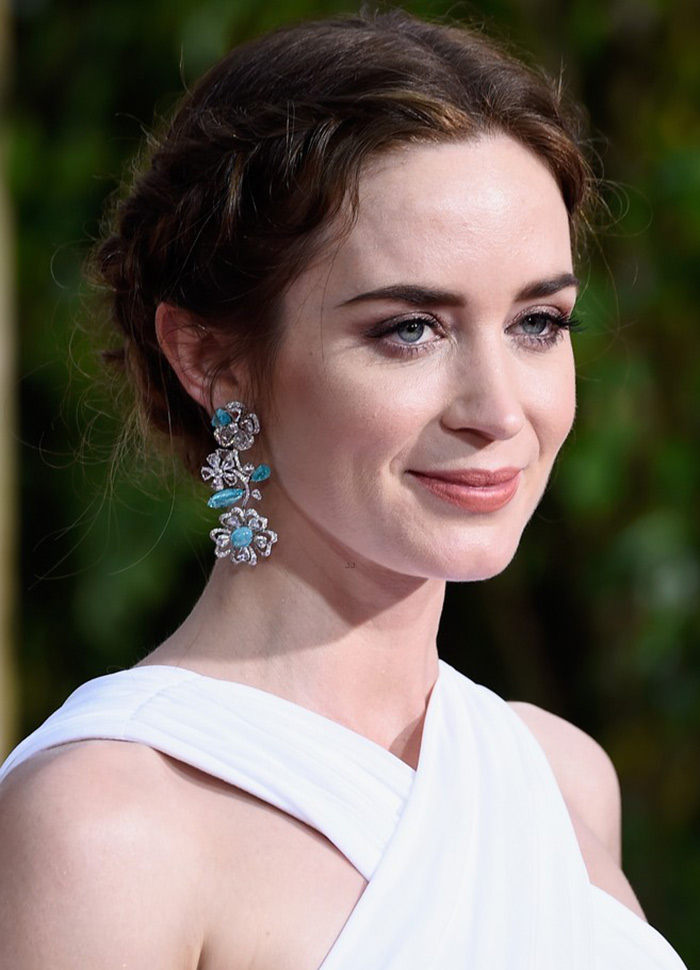 And then, one more jewelry surprise. After walking the red carpet in diamonds and platinum by Beladora, Amy Poehler opened the show in an Irene Neuwirth labradorite necklace, ring and piled-on bracelets. Fresh, modern, flattering, and so wearable. The cool girl’s solution to the awards show. Not $2 million. But jewels you could imagine yourself wearing over and over again if you were lucky enough to own them. 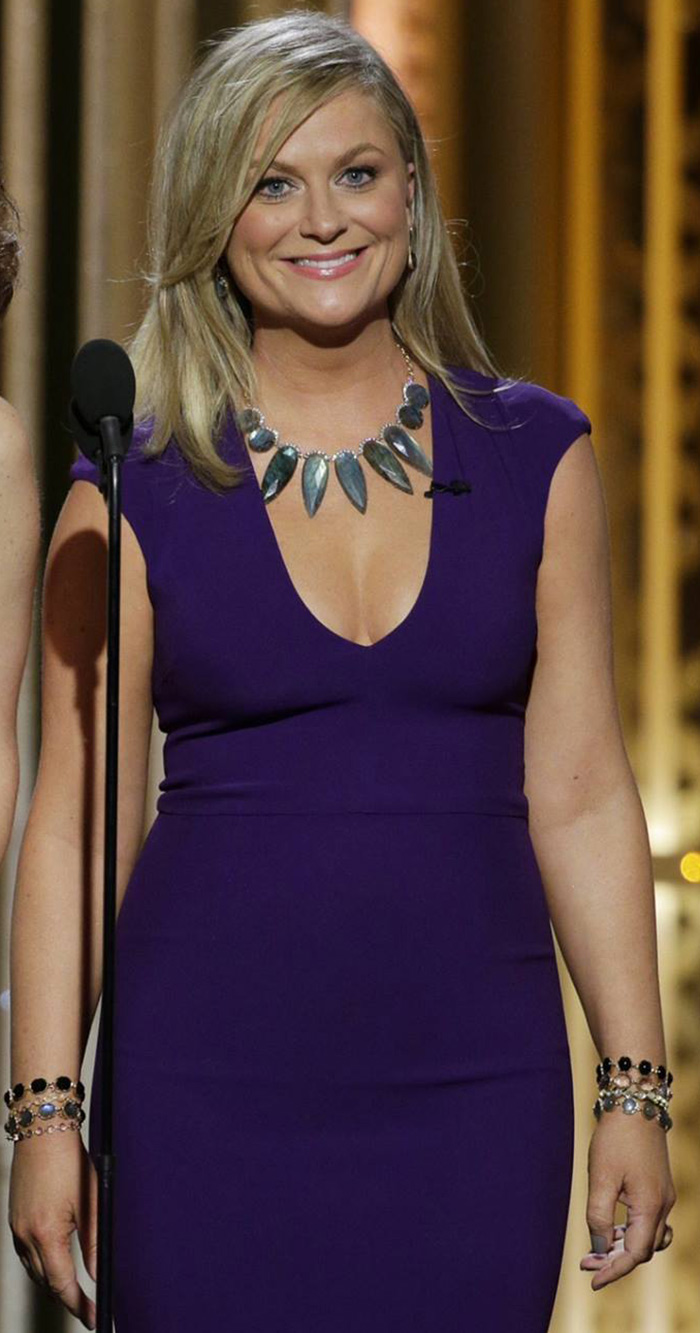 So who won the night? What do you think? I guess I’d have to give a slight edge to Emily’s one-of-a-kind Paraiba treasures.  But really #GlobeJewelry fans were the real winners.  May the Oscars bring us baubles just as fabulous.